Disney Princess Comics Dolls are inspired by the popular Disney Princess comic strip series from Joe Books, which features the Princesses in humorous, everyday situations that kids will enjoy. In these short stories, the Princesses are adventurous, kind, and inspiring, but also relatable and funny.
Snow White's Story Moments three-doll set includes Disney's Snow White, Evil Queen, and Grumpy. Kids can imagine all sorts of adventures with one of their favorite groups of Disney characters. These Disney dolls include bases that allow them to stand on their own. Want more? The comic strip on the back of the packaging is perforated so kids can tear it and save it as a story keepsake alongside their treasured Disney toys. Look for more Disney Princess Comics doll Story Moments 3-packs, including Aurora, Maleficent, and Prince Phillip. (Each set sold separately. Subject to availability.) 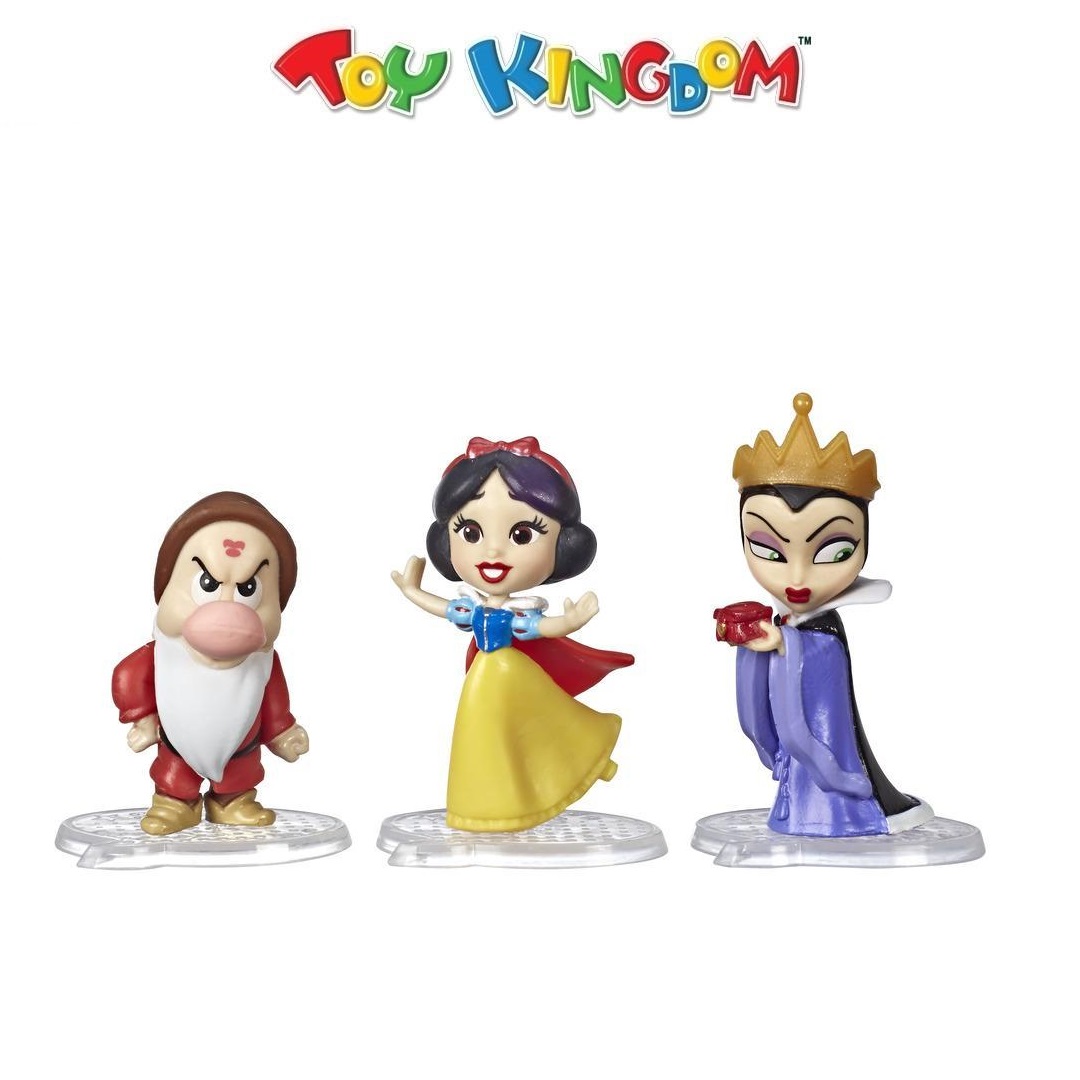