P1,000.00
Recommended for ages 5 and up Reacts to sound, motion, and touch Wild roars, chomping jaws, and even a little dino gas Grips onto your finger and fiercely loyal Requires LR44 Batteries (Included) Collect them all! Fingerlings Untamed T-Rex Interactive DinosaurMeet the UNTAMED T-Rex's by Fingerlings! These finger-gripping creatures are...
Add to wishlist
View Wishlist

Fingerlings Untamed T-Rex Interactive Dinosaur
Meet the UNTAMED T-Rex's by Fingerlings! These finger-gripping creatures are fierce and unpredictable! They know the difference between friends and foes. These ferocious and unpredictable Dino's respond to sound, motion and touch in two modes: Tamed and Untamed. Watch out, in untamed mode, they'll unleash their inner beast and roar, hiss and chomp! But tap into their soft side in tame mode and they nuzzle, purr and love to be near you. These creatures are complete with snapping jaws, and gripping claws. The Untamed Interactive Dinos react to touch, motion, and sound with over 40 different sounds and animations. Each T-Rex has their own unique greeting call when you power them up! You can also press the sensor on top of the Dino's head to make them fart, gross! These Dino's grip onto your finger and are fiercely loyal. Collect all four of the new UNTAMED T-Rexes. You can also bring your UNTAMED creatures to life in the new UNTAMED Battle ARena app - Battle anywhere, anytime and level up to unlock new creatures and powers! 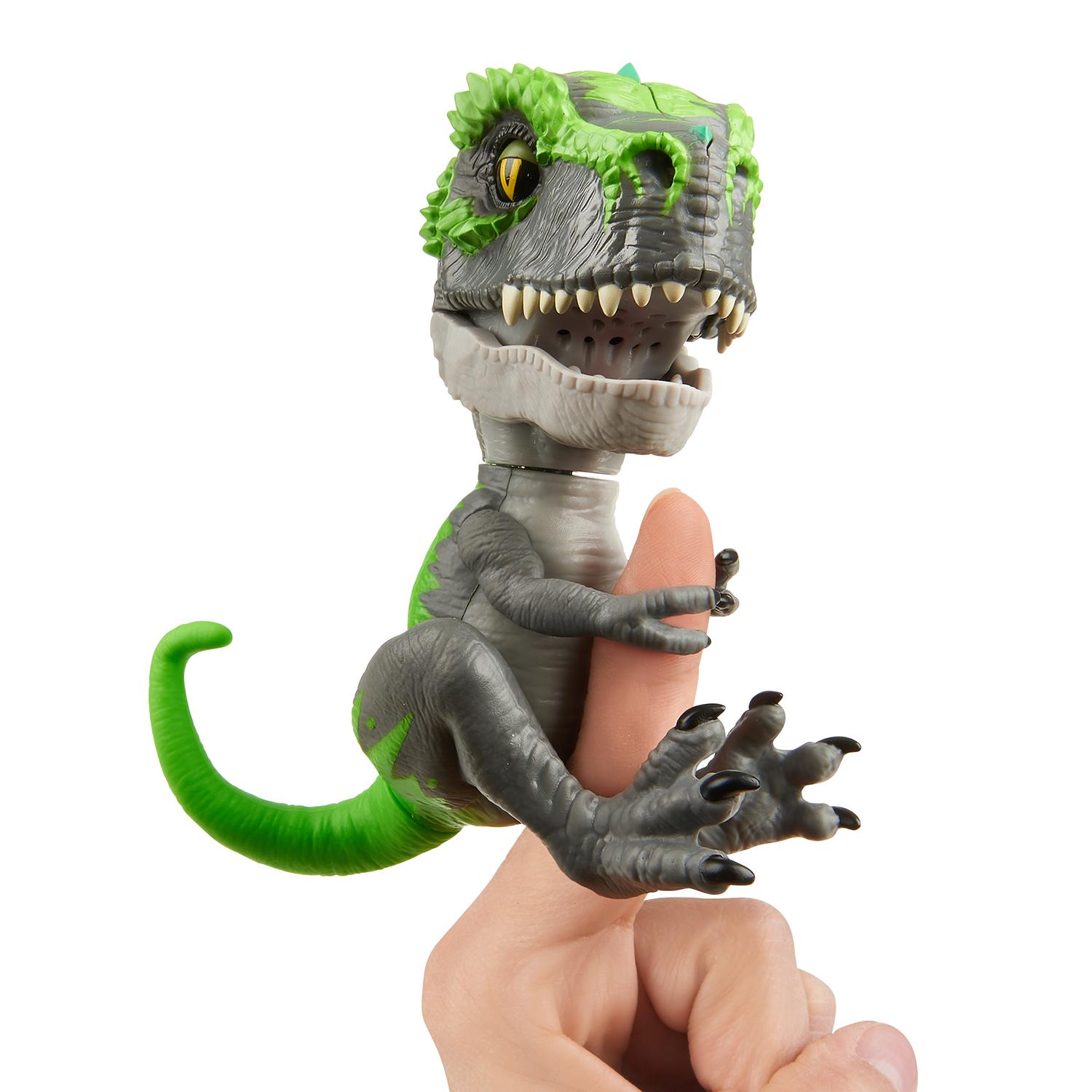